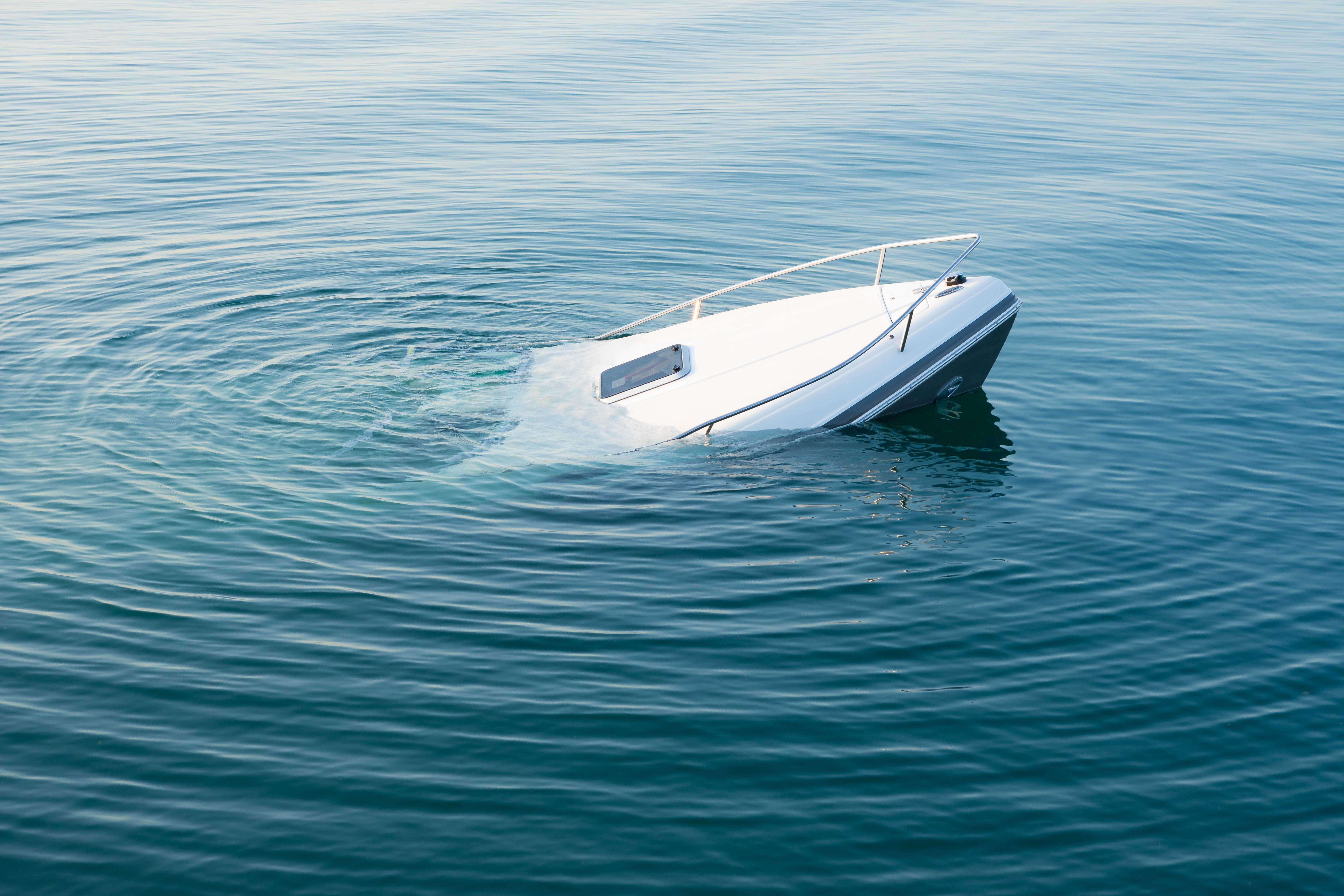 Knock on wood, but so far I’ve never had to call in a Mayday for a major emergency and I hope none of you ever have to. But if you do need to make one of those calls, the time to learn how to do it properly is not when your nerves are frazzled and your heart is pounding in your chest in the middle of a life threatening emergency.

When I say “properly,” I’m not talking about breaking rules or offending the Miss Manners of the maritime airwaves. By properly I mean making the call so rescuers have all the information they need to help you. That’s what’s important – getting heard, and getting the right kind of help to your boat in a timely fashion.

So what’s the “proper” way to call and signal for help? There are a couple of ways to do it.

If you have a properly installed DSC radio, calling for emergency help is as simple as flipping the protective cover off the “Distress” button and pushing the button until the radio tells you the message has been sent.

That’s it. You’ve now broadcast a Mayday to all DSC equipped boats and shore stations in range and sent them your position and your boat’s identifying information. The radio will continue to broadcast the distress call until another station acknowledges it and you get an “Ack” message. Then you can establish voice communication and get assistance.

If you have a little more time, most radios let you set a “nature of the emergency” field in the broadcast, so rescuers know if you are on fire, sinking, have a medical emergency, and so on. My Icom radio takes a few extra steps to set this, it takes about 10-15 seconds. Some radios may prompt you for the nature of your distress with a choice.

For a DSC radio to work properly, the ship’s MMSI number must be programmed in, and the radio must have access to GPS data, either from a built in GPS or an external source. Without an MMSI no one can “Acknowledge” the call, without the GPS no one will know your position.

The DSC radios on ships around you will make an unmistakable and loud alarm. This is the preferred way to make a distress call now.

You can still make a distress call with voice if you do not have DSC, and here is where knowing some protocol helps. The general format of a call is as follows. Speak slowly and clearly if you can, something which you have to think about in an emergency. Before you start calling, note your position and have it handy, though a good radio will show it on the display.

You want to be heard AND understood, so go through the following steps.

Wait a least a minute for a response, then repeat the call.

It’s not a bad idea to practice this. Though it will feel silly saying the words into a dead microphone, they will come out more easily if you’ve walked through it. Some additional tips:

The “Mayday” is the top tier emergency level, and it should only be used when there is a life threatening emergency or the boat in danger that requires an immediate outside response. Getting lost in the fog or running out of fuel is not necessarily a Mayday worthy call, unless the boat is in imminent danger as a result.

The Pan-Pan (pronounced “pahn pahn”) is the second tier emergency call, to send emergency information that is not immediately life threatening. It will draw attention to your boat, and is a more appropriate way to alert nearby boats that you may need help if they could please stand by. For example, a pan-pan is an appropriate call to make if you’re out of fuel and drifting, but not in immediate danger. Boats will know you need help, but no one is in imminent danger.

The wording to use is similar to the Mayday, except you use Pan Pan instead, unless it’s a Pan Pan about a situation off your boat, like another vessel adrift in a busy area.

The “Securite” (pronounced “sea-cur-i-tay”) call is the one you’re most likely to hear, and is an informational call about conditions on the water. The U.S. Coast Guard will make securite calls about known risks or on the water incidents, large ships may make a call when they are pulling out of port or crossing a highly trafficked area. It’s a judgement call when to use it, but if you think there is something that could cause harm to others you may announce it.

The format is a bit more free-form, since the information may vary widely. And example securite call might sound like:

Long time “passenger” boater and newer skipper here – fantastic article. I recently was coming across the lake when I noticed a huge section of docking planks on the lake. I was thinking how much damage that could cause in such heavy traffic – but perhaps this could have been a good quick Securite call. Would it be appropriate in that situation to simply make the call and give coordinates, or should I wait by the hazzard (if able) for a response?

A Securite call sounds like the right call there, I’ve done similar for floating hazards.

Excellent article. A great summary for those that use VHF.