How to Avoid the Crowds and Trouble this Summer 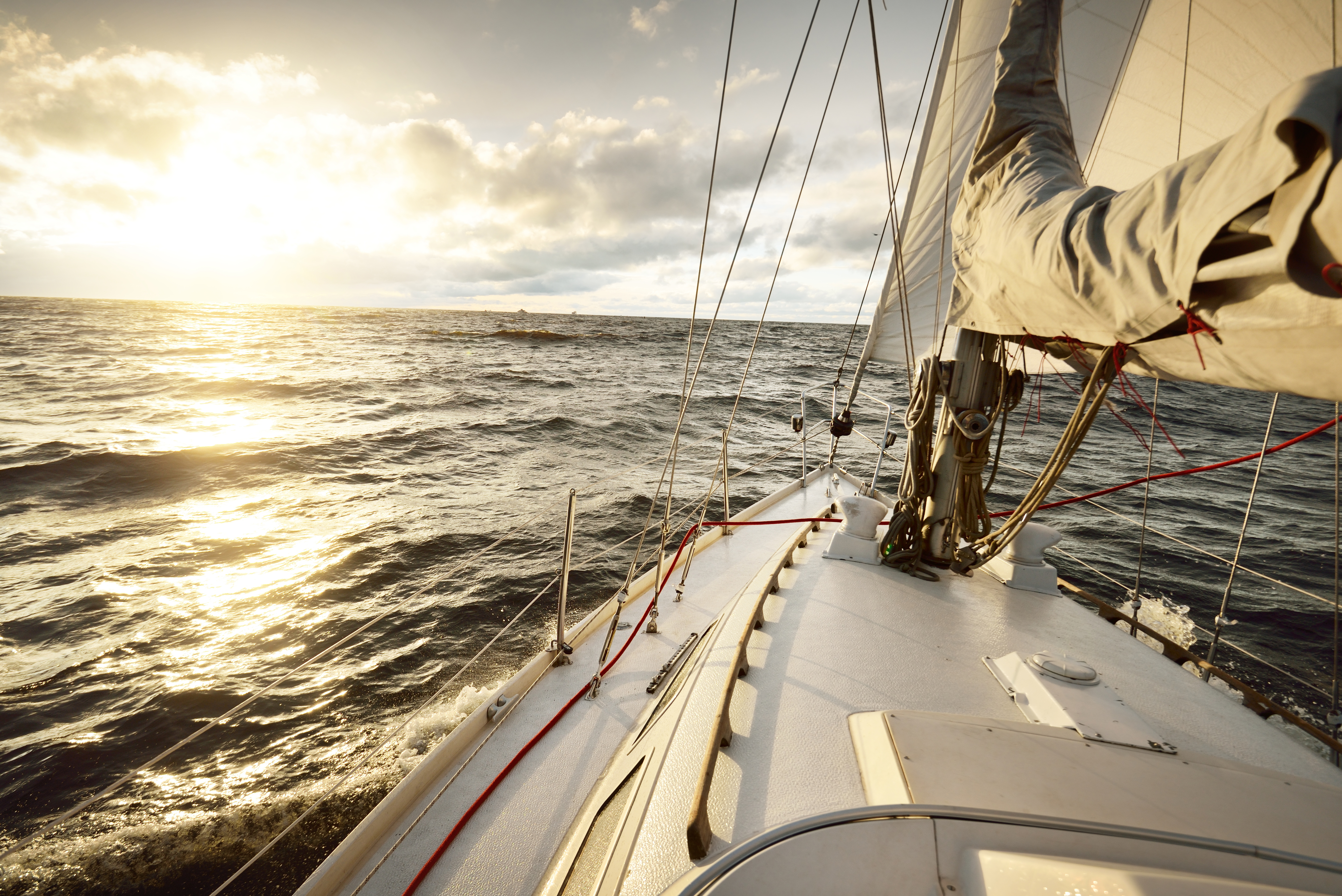 When we lived in New England, we always splashed the boat early and hauled late in the season. Spring and fall weekends were cooler and the weather gets dodgy, but there was always great cruising away from the rush and crowds of the peak season. Unlike, the 4th of July on Block Island, which was still a great time but was also a scene of complete on-the-water madness and crowding.

So how can you make the most of the busier months, staying safe and still enjoying going places on your boat? Part of it is learning to embrace the bustle, but there are a few things you can do to make your time on the water better.

For us, the game changer in high season boating was getting comfortable with anchoring. If you can’t anchor out, you’ve got to have reservations, or you’ll be racing to grab those first come, first served moorings. We were never organized enough to book our summer moorings in hot spots like Martha’s Vineyard when you needed to (which was some time around Christmas the year before) so it was always a race.

Having the skills to get a restful night on the hook gives options. Sure, a mooring is a shorter dinghy ride and convenient, but if you don’t have to get one, it makes the trip out a lot more fun. You don’t need a 15 knot southerly on Saturday morning to avoid motoring all the way to Cuttyhunk if you can anchor outside the mooring field. You can sail the wind you have when you want to and not worry about where you will sleep.

If your ground tackle is inadequate, take a long look at upgrading it. When I raced, I had a thirty-five pound “cruising anchor” and rode in the shed that I’d bring on board for vacation weeks and weekends. When I switched to a cruising boat, it was simplicity itself to anchor out. Good ground tackle makes anchoring look a lot easier, because it is.

Get an Early Start

Beating the crowds means…beating the crowds. Getting an early start on your trip gets you out on the water before things get too crazy and gives you more choices for mooring and anchoring. The downside for sailors in some regions is the breeze doesn’t build until the afternoon, but that “early start” can be the night before, too.

Having everything ready by Thursday night so you can get straight to the boat after work Friday with no mucking around adds a day to the weekend. While everyone else is shuffling coolers down the dock early Saturday morning, you’re having a cup of coffee at anchor two hours closer to your final weekend destination, because you sailed there Friday evening after work. With those lovely, late-afternoon sea breezes, I might add.

Starting early won’t help you when the crowds show up, but it will give you more time to enjoy your summer trips. And more choice on where you park the boat is safer and more comfortable than picking a spot in a crowded anchorage.

If you’ve ever anchored out for an air show, fireworks display, folk festival or other on-the-water mass event, you know what I’m talking about. Many people, if they are going to get their act together for only one weekend this summer, it’s going to be that event! What you end up with as a vast sea of boats with people who only anchor once every other year packing the waters around you.

But we did it anyway, from the Quonset Air Show on Narragansett Bay to Sydney Harbour in Autralia on New Year’s Eve, and it was fun.

A lot of good boating behavior is etiquette that we are expected to learn and follow to make the boating experience good for everyone. Unfortunately, there’s no “code of good behavior” handed out when you buy a boat, you need to be taught or read up on it and research it yourself in books like Chapman’s Piloting or the Annapolis Guide to Seamanship. Inexperienced boaters may not know what’s expected of them.

But many things we take for granted as “rules” are not. For example, “the boat already anchored is always right” when someone anchors too close. If you’re anchored and someone else drops in on top of you, it’s their fault if they hit you, right? From a boating etiquette perspective, that is true. But from a legal perspective it is not, and it’s one of many things we assume are rules or laws are not, they are just expected behavior. And boating is not without it’s ill mannered hooligans…

As a novice boater, I had someone else anchor right on top of me, then take off and leave their boat minutes later. They were off the boat before I even knew they were there. An hour or two later when the wind shifted they swung within a couple of feet of us and no one was on board, so I called the harbormaster to see what he could do.

“Nothing,” he told me when he came out for a look. “It’s not a law about anchoring. It’s just manners. In fact, since you’ve drawn attention to the danger to your boat, you’re the one who should move to protect yourself.”

What? But I was there first!

But he was right, there’s no law that gave me rights to make the other boat move. And any insurance claim would be denied if I admitted I’d recognized the danger and done nothing to prevent an accident because “I was right.”

Close Encounters of the Worst Kind

There are a few things to keep in mind when dealing with close encounters with other boats.

Of course some people are just rude and flout the rules; there’s not much to be done with them except ignoring and avoiding. So it’s best to tend your own house and know what’s expected of you around other boats and be an example, not a spectacle.

And a clueless new boat owner that almost swung into you while he was anchoring too close? Now there’s an opportunity to invite someone over for drinks to talk about boating. They’re just trying to have fun, too, and you can help them and make a new friend on the water.

BJ- well-written and informative as usual.

Good advice on anchoring out. Calm is always better and being a good sport for those less salty and experience shows grace and wisdom.
As you said most are trying to have fun and maybe just don’t know the “right” way to be.
Also in big crowded rafting together party situations expect some scuffs & scrapes and wear. Let it go… its all part of the fun and can easily be buffed out later.