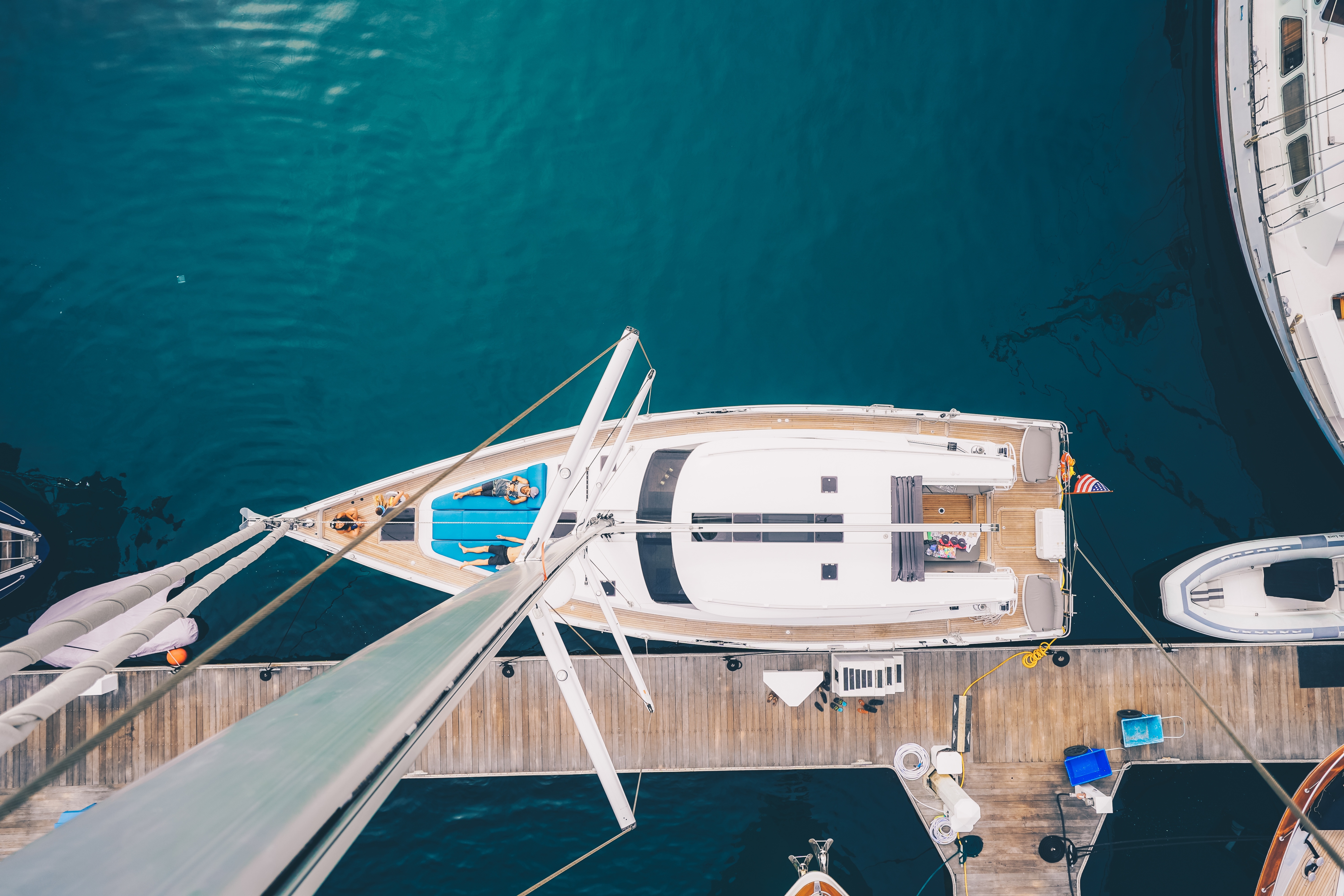 There are a lot of romanticized idea about living on a boat, but what is boat life really like? There’s no single answer, because there’s no one way to live on a boat. The experiences of a blue water cruiser who moves from country to country and living at anchor are wildly different from someone living on a houseboat in a marina like Travis McGee.

So how can you live on a boat? There are a few ways to do it, and some differences between how you choose to live your lifestyle.

Boats are both simpler and more complex than houses to live on. They’re simpler because most of the systems are smaller and many are user serviceable. There aren’t as many “things” because there isn’t space or power for them. So it can clutter life because space is tight, but not because you have so much stuff in every room in a house.

In a house, when you turn on the lights, they come on. Turn on a faucet and water comes out. But on a boat you have to take responsibility for things like generating electricity, getting water, dealing with sewage, and other basic life needs you rarely think about in a house.

All boats require maintenance, though the type, cost and complexity will be different for different boats and situations. A cruiser on the move with ablative bottom paint will have different bottom cleaning issues than a barge which never leaves the dock.

Boats are smaller with less storage than houses and apartments. So you learn to do with less, since there’s no where to put it. On the plus side, if your goal is a more minimalist lifestyle, boat life is a good way to push you towards that.

But even those basic needs vary with how you live on your boat and what you do with it.

Cruisers live on their boats and take them from place to place, usually around weather patterns. Most cruisers stay at anchor, though some come into marinas that is an exception rather than the rule. We’ve been cruising full time for almost nine years, and before the pandemic we rarely spent more than a couple of nights a year in a slip. We only went in when there were problems to be dealt with or to secure the boat when touring on land.

With life at anchor, you have the most to take care of, such as:

Two years ago, I couldn’t tell you much about living in a marina. But the global pandemic shut down boat movement in the South Pacific, and we’ve found ourselves on our boat in a marina in New Zealand since early 2020. Life on a boat that rarely leaves the marina differs greatly from cruising life, and it seems more expensive because we’re paying daily for a place to park.

A few things we have noticed are different. The first is flies and bugs. Flying insect pests rarely make the trek half a mile off shore to bother us at anchor. While anchor life isn’t bug free, invasions of houseflies that drive us nuts or biting bugs in the cockpit are rare.

There are also differences in temperature and comfort. A boat at anchor swings in the breeze, and airflow on a boat is designed around pointing into the wind. At the dock, you don’t always get the breeze and it can be warm and still. Some places may be uncomfortable without air conditioning when dockside. On the other hand, when it’s cold you’re on shore power, so you can run a heater.

Some marina dwellers get quite permanent. They may have plants on the dock, dock boxes, or even furniture off the boat where it’s allowed. We’ve never gone that route since our current marina situation is still temporary. But people can get very homey in a permanent slip.

Other Ways to Live on Board

There are people who live aboard in degrees between the extremes of nomadic cruiser to the boat that never leaves the dock. Some live on board half time, or for a few seasons. Other people migrate – they may stay in a marina in the northeast for the summer, then drift down to Florida or even the Caribbean before it gets cold.

There’s no right or wrong way to do it, nor is there a universal experience. You just have to know if you’re getting a boat to travel, or if you’re just looking for an alternative to living on land.

How to Avoid the Crowds and Trouble this Summer »
« What is an SSB and Do I Need One?