What is an SSB and Do I Need One? 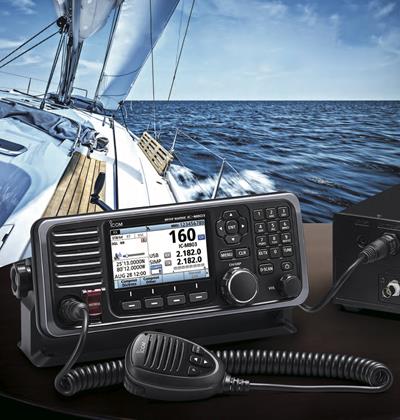 If you’re buying a boat, you may come across an item on the inventory that says something like this:

So we know it’s a radio, but what does the SSB mean?

“SSB” is short for Single SideBand radio, also known as a High Frequency (HF) radio, or in old maritime thrillers as a “shortwave.” It’s a radio which broadcasts and receives on a much wider and lower range of frequencies than your VHF radio.

Do You Need One?

Without getting into the gruesome technical detail…the answer for most boaters is: Probably Not.

If you are planning to cruise full time or sail offshore making blue water passages, then an SSB can be a VERY useful and powerful tool. But if you’re a casual coastal sailor, you will have little use for one.

Marine SSB can send voice and data over long ranges, sometimes several thousand miles if atmospheric conditions are favorable. Most weekend boaters don’t need to talk to people that far away as part of their regular boating activities.

The Case FOR Getting an SSB

If you plan to cruise the world or cross oceans, there is an excellent case to be made for having an SSB.

While some claim that a satellite phone is a suitable replacement for emergency and rescues, there are many disadvantages when compared to an SSB.

And of course, there are the social aspects. For a fleet of small vessels cruising near each other but spread out over hundreds of miles of water, it’s the best way to keep in touch.

Crossing the Pacific, we had half a dozen other boats between the Galapagos and the Marquesas at the same time. We kept up a daily net, where we’d meet on the air and share our positions, help each other with problems, brag about the fish we caught, and give each other general updates. We knew who was out there, where they were, and if someone didn’t check in, there were other people nearby to help. While it helped pass the time and made being alone at sea less lonely, it also gave us a very important safety net.

How is SSB Different From a Marine VHF?

There are several key differences in operation and capabilities between the two.

SSB uses different, lower frequencies and has a much longer range.

Also, it’s not set up in neat numbered channels like a VHF so it’s trickier to use. And much more expensive and complicated to install.

Marine VHF (Very High Frequency) is the standard radio we use to call boats in within a few miles of us. VHF is limited to line-of-sight distances, and it’s rare to speak with people over ten or fifteen miles away at all, never mind clearly. Sailboats with masthead antennas and fixed VHF radios can do it, since line-of-sight increases from the top of the mast, but even that is limited to twenty-five or so.

VHF Frequencies range from 30 to 300 Mhz and have wavelengths from three feet to about thirty-five feet (1 meter to 10 meters). These short wavelengths don’t travel that far and don’t penetrate things, and are absorbed by the ionosphere.

Single Side Band uses High Frequency (HF) from 3 to 30 Mhz, with wavelengths of 10 to 100 meters (30 to 330 feet). These longer wavelength, low frequency signals will bounce off things, including the upper atmosphere. This bounce allows the radio waves to travel very long distances. HF radio waves can propagate all the way around the world, though ranges of a few hundred to a couple of thousand miles are more typical.

A marine SSB, like an Amateur Radio, will allow operation on exact frequencies. Marine VHF has set “channels” which are agreed upon frequencies for standard marine operation in a country. When you call on Channel 16 on VHF, your radio is tuning in to the 156.800 Mhz frequency behind the scenes, which other radios expect and you don’t need to worry about. These frequency-to-channel assignments are federally regulated and consistent, which is why they work are easy to use.
A marine SSB may come with “channels,” but they are a more loosely agreed upon names for frequencies. There’s no governing body to say “This is Channel 55” so everyone agrees. It makes finding a frequency to chat on a little more challenging.
The installation is also more complex, and costs are higher. A VHF radio needs a power supply and an antenna. An SSB needs these as well, but also it needs a “ground plane,” an antenna tuner (sold separately!), and possibly a second antenna. The primary antenna can be large, and many use an insulated section of the backstay. This works well, but requires cutting the backstay and installing insulators. The cost and complexity are discouraging unless you really need or want it.

If I have an SSB Already, What Can I do with it?

If you have a functioning SSB on your boat and you plan to cruise offshore, learn how to use it. It’s a powerful tool for staying in touch with other cruisers, and for getting help if you need it.

Even if you’re not cruising, if you have one take some time to learn how to use it, you can have some fun with it. But you might find the effort to do more advanced functions (like getting weather faxes) not worth it if you’re in cell phone range and can download the same information on your phone in seconds.

A few things you can do include:

What’s it Like to Live on a Boat? »
« What is DSC? And Why It Could Save Your Life