What is DSC? And Why It Could Save Your Life 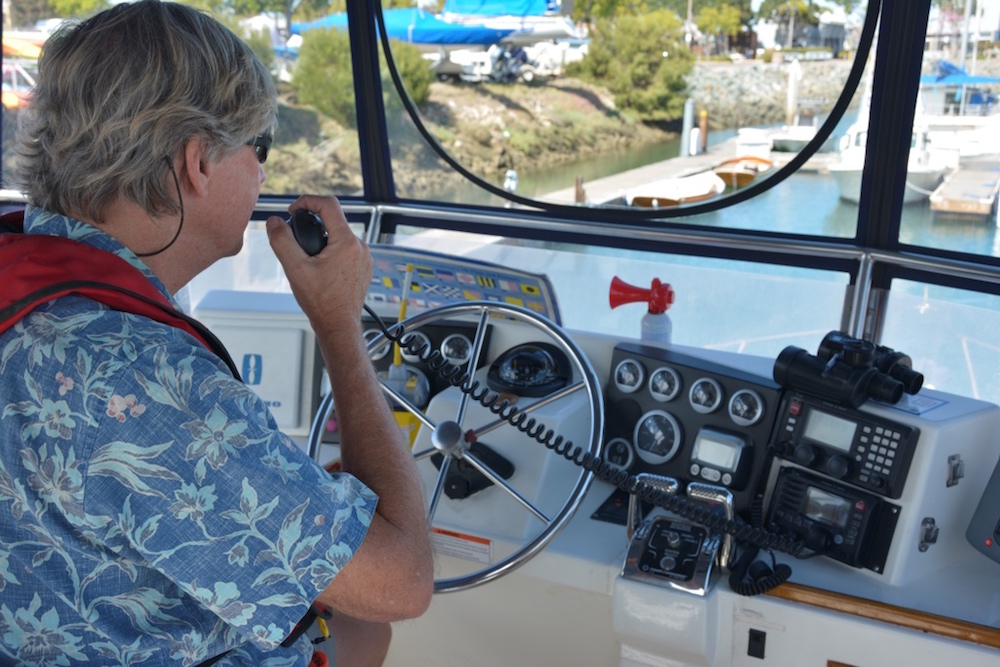 Digital Selective Calling, or “DSC”, is a feature in most modern VHF and SSB radios which many people don’t understand. It can be a powerful function for safety, a convenience, and a way to help stay in touch with other boats you may travel in company with.

So what is DSC, and why should you learn to use it?

Digital Selective Calling – What is it?

NOTE: Everything we say here about DSC applies to VHF and Single Sideband radio (SSB), though to keep it simple we’ll talk about VHF radios which are ubiquitous on almost all boats. But you may assume similar capabilities if you have a SSB as well, just over a longer range.

When you call someone on the radio, you do a broadcast. This is a voice call over an open frequency that everyone can hear, and it relies on the operator on the vessel you’re trying to reach to hear the call.

DSC uses a digital signal between radios to call and acknowledge calls. DSC calls can be station to station, or they can be emergency broadcasts. The message includes information about the calling vessel and any vessels being called. DSC is a critical piece of the Global Maritime Distress and Safety System (GMDSS), as it allows rapid, accurate communication between ships and also gets crucial rescue data sent in distress calls.

With a digital signal, we can send a tighter signal giving slightly longer range and a faster transmission of the key digital data. This results in more effective response to distress calls than one would get in a voice Mayday, where all information is sent via voice and may be subject to error.

Every vessel with a VHF license will have a Maritime Mobile Service Identity (MMSI) number assigned to it. This number is unique to the ship, and can be used for station to station calls not unlike a phone number. And for DSC emergency broadcasts, the senders MMSI is included in the DSC message.

To work with the GMDSS, your radio needs to be installed with a few key things enabled.

Most DSC capable radios will have a red “distress” button on them. But not all these radios are set up to leverage the real power of DSC in an emergency. To work optimally in emergencies, you need the MMSI number programmed into your radio and a connection to the ship’s GPS data.

With you flip the cover up and push that “Distress” button, it does so much more than just send a Mayday out. The DSC call will send a distress signal which includes your MMSI, your position (if available), and you can include information on your distress (e.g. medical emergency, fire, sinking).

All DSC enabled radios which hear your distress call will sound an alarm which is hard to miss. Operators acknowledge receipt of the Mayday and may establish communications with the vessel in distress, so you know you’ve been heard. Since your DSC alert includes your position, all responders will know how to get to you as quickly as possible. And with your MMSI they will all be able to raise you on your radio.

One of many overlooked features of DSC is the ship-to-ship direct dial capabilities. Radio broadcasts are in the open, and most radio conversations start on a hailing channel. Operators may decide to switch to another channel for discussion, but anyone listening can also follow channels and no conversation is private.

There are many valid reasons you may not wish to broadcast your conversations, from something as simple as extending a social invitation without offending those you don’t invite, to important security reasons like not announcing to all listeners that your boat will be empty all day while you go ashore for a tour. Out cruising, we found some harbors where the local agents and “boat boys” were always on the air on the hailing channels, and we sometimes wanted to make our plans before we called them.

DSC allows you to place a “call” to another boat. It is a digital signal from your boat to theirs, and no one else will hear it. Part of initiating the call is to pick an automatic “switch to” channel when they answer. While that channel is still voice communications in the clear, unless the DSC channels are also monitored you should get some privacy because no one will know you are starting a call and switching to one of a handful of channels.

Your radio should allow you to save the MMSIs you call with friendly vessel names, so if you’re traveling in company with a few boats you can reach each other. This can also be important in areas where security is a concern and you do not want to call each other on hailing channels.

DSC offers a few other functions for boats traveling in groups. Programmed list of boats can be “polled” to return position reports automatically or get on group calls. The polling is a useful function to locate another boat if the radio is unattended or unable to be attended in an emergency.

A little time spent reviewing your VHF owners manual and checking your installation can get you up and running with full DSC capabilities in a very short time. If you sail with friends, it can be a powerful tool for far more than just sending out a Mayday!

3 Responses to “What is DSC? And Why It Could Save Your Life”

What is an SSB and Do I Need One? »
« Boat Club Membership: Does It Work For You?