How Many Ways Can You Charge Your Batteries? 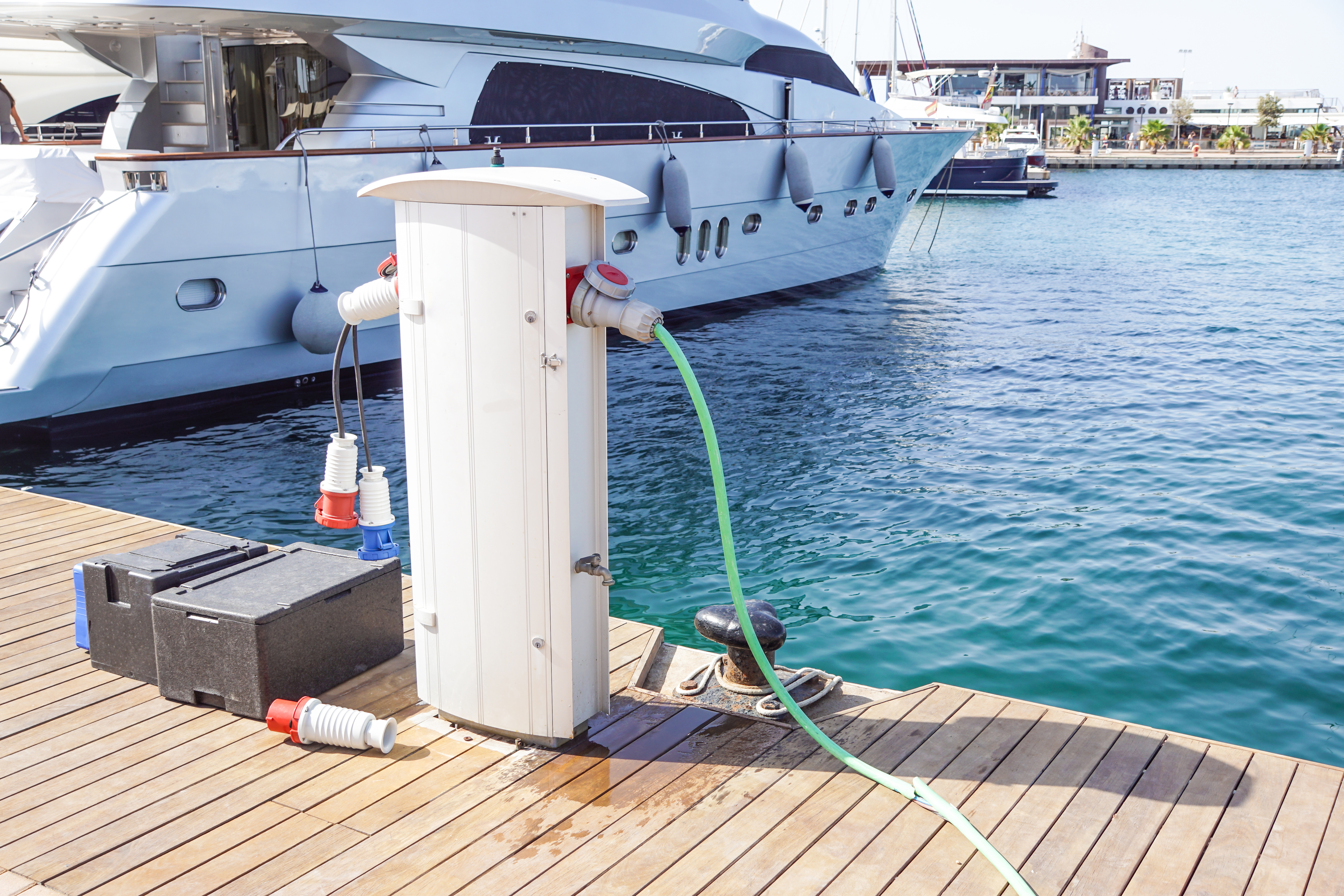 Keeping your boat batteries topped up and ready can be a challenge when you’re away from the dock and out using your boat, especially on sailboats where you don’t have a big engine running that often. This month, we take a quick look at most of the ways you can keep the lights bright and the drinks cold when you’re on the water, and what may work for you.

If you have a battery, you have at least one of these on your boat already. But we can clear up a little about how they work, and shed a little light on some possible upgrade paths for you for more charging.

An alternator using spinning magnets and an electrified coil to product Direct Current (DC) power. It is driven by a belt connected to a pulley on the front of the engine, and it may produce more power as the engine runs faster. So your batteries will usually charge more quickly when you’re motoring somewhere than when you’re idling on the mooring.

Alternators need a voltage regulator to control the charging of batteries. On small alternators, this may be an internal circuit board. But larger alternators often have external regulation. External regulators allow you to set different charge voltage profiles for different battery types, and you can program them with different parameters for optimal charging.

Just like an engine doesn’t directly charge your batteries, neither does AC power connected to your boat. When you plug in to shore power, you still need a battery charger to convert the AC power (typically 110V or 220V) to DC charging power.

For most boats, it doesn’t matter where the AC power comes from. If there is a generator on board, it will usually create AC power that runs through the charger, just like shore power does. There’s usually a switch to choose one source of power or the other, though some larger boats will let the generator add into the shore power load for more charging. Most generators also have a small alternator on them to charge the start battery, but the primary charging from your generator is via AC power.

Like an external voltage regulator, we can program battery chargers for battery type and chemistry, and will sense battery voltages to adjust charging as the battery refills.

Wind generators can be an excellent source of round-the-clock power generation on a boat at sea or at anchor. The amount of power produced is proportional to the wind speed, but many generators have a low end wind-speed below which they produce no meaningful power.

Because we prefer to anchor in protected anchorages, wind generators at anchor don’t always have maximum output. If you anchor in twenty-five knots of breeze you’ll see great power output, but most of us try to anchor in the lee of the land to get out of high wind at anchor!

Wind generators have a wattage rating for their maximum theoretical power output, but you’ll often only see that much power when you’re wondering about a better spot to anchor because there’s too darn much wind where you are at the moment.

Internal regulation of wind generators is simple, with just a high voltage cutoff configured by voltage. External regulators can provide a better charge profile for some generators.

Some wind generators can be noisy, though newer ones are better at higher wind speeds when they’re fully spun up.

Solar has become the de facto power source for a lot of cruising sailboats, and many boats (especially catamarans) can get enough panels on deck to power their boats fully in normal conditions. Advances in panel technology and drops in price have made coupling several big panels with a big battery bank a source of near unlimited power.

Solar yields aren’t as straight-forward as “X Watts of Power = Y Amps of Charging,” since panel ratings assume optimal sun angles and full brightness. Since the run is rarely perpendicular to the panels, and clouds and objects on the boat may block the sun, yield is never optimal.

Peak charging is when the sun is higher on the horizon, and there is little power in the early morning or late afternoon.

Solar panels need charge controllers. Most solar panels native voltage is higher than nominal 12V batteries would need, and a quality MPPT (Maximum Power Point Tracking) controller can use this extra voltage to boost charge output when the sun is strongest.

The final common charging solution is a hydrogenerator. These devices spin a propeller when the boat is moving to generate DC power. They can be a towable device, or a fixed unit similar to an outboard lower drive which attaches to the stern of the boat.

Power generation can be quite considerable, and it’s constant as long as the boat is moving. It’s a very popular solution for ocean racers and is becoming more common on blue water cruising boats.

Unfortunately, a hydrogenerator does nothing when you’re stopped. The boat has to be moving. It will add a small amount of drag, but should not slow the boat noticeably.

Given that batteries are large, heavy and expensive, carrying spares makes little sense. If a battery fails, there is little you can do but replace it, though some lead-acid batteries can be rejuvenated with battery equalization, a high-voltage charge designed to de-sulfate worn batteries.

A few ways to get out of this include:

One Response to “How Many Ways Can You Charge Your Batteries?”