Why You Should Check Your Oil Every Day 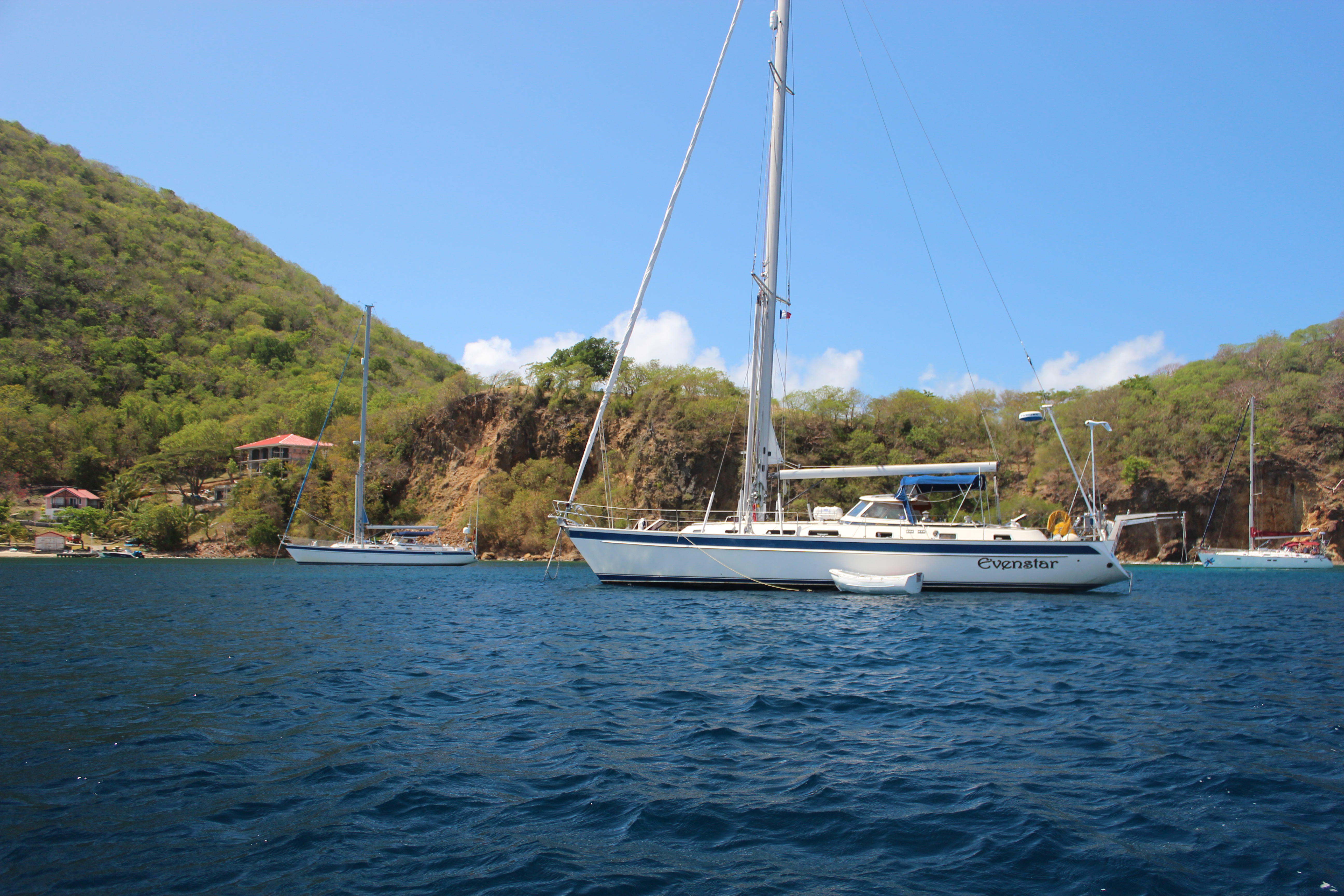 Every book on cruising, every engine user manual, every “tips and tricks for not killing your engine” guide, every coastal and cruising instructional course out there says one thing in common:

Check your engine oil every day.

This is basic, but I am convinced that only the most meticulous people that keep daily maintenance logs, work through a fifty point maintenance checklist every morning before breakfast, save every receipt for the boat ever, and write cruising and technical manuals for a living actually consider doing this.

While I will check it a few times during a trip, its not a daily thing, especially when the full engine has been running for two days for lack of wind. Its a bit of a nuisance, as you can’t really check the engine oil when it is running. Certainly before leaving on a trip of this length I will check it, generally I will do a full oil change unless I’ve done only a few engine hours before leaving. If a passage is going well we won’t even run the engine for days, so climbing into the engine room every day to check a cold engine that was fine the day before seems a bit silly.

Well, we had a near miss this morning.

The wind picked up yesterday afternoon and we sailed into the evening and all night, so the engine was shut down. This was good, because I noticed that the 24V alternator on the engine was not charging, which 99.99% of the time is caused by some idiot (me) not properly tensioning the belt. Since we’d just put a new belt on I’d checked it, but in a total meathead maneuver didn’t check it again after 10-15 hours to see if it stretched. Fair enough, my punishment is I have to do it in a seaway instead.

So this morning as the wind started to die again we gave thought to starting up the engine. I grabbed my tools and climbed into the engine room to tighten the belt, when I noticed oil in the pan under the engine.

Keep in mind we’d just had the engine lifted out and had totally cleaned beneath it. You could have used the pan under the engine for a really big mixing bowl, if you didn’t mind a little grit in your bread – but there would NOT be oil in it! We’d also replaced the oil sump pan on the engine so I was immediately suspicious.

It was a fair amount of oil, not just a few drops but enough to slosh back and forth and make a huge mess. Yech. I couldn’t tell how much but it looked like a couple of quarts at least.

I searched around the engine for some oily parts, fortunately the mess I found was on the parts of the engine I could see, near the oil filter where a lot of connections come back into the oil sump. Splashes above the line of the sump/block connection indicated a leak there was unlikely.

The next step was to clean up all the mess, add more oil, then run the engine and look for new messes. Easy enough. I put almost 2 quarts of oil into fill it on the dipstick. That isn’t as bad as it sounds, a full oil change for this 145HP turbocharged beast is about 11 quarts so this wasn’t enough loss to cause damage or trip the oil pressure alarms.

Hanging over the engine upside down with a flashlight I had Kathy fire up the engine. And. nothing. Then. ITS A GUSHER! Oil came spurting out of the dip stick, of all places. Odd. I wiped it down, made sure the stick was carefully in place and checked again. still came gushing out. I did note this process managed to get oil in all the places I’d cleaned up to observe, as well as me, my hands, my pants, and a bunch of rags. After letting the engine rest a bit I checked, my fill level was fine.

I then checked the crankcase breather. This is a little plastic tube that runs between one of the valve rocker covers and the air filter. The idea is this is a pressure release for the crankcase, so any expanding air and gasses have somewhere to go to keep the oil pressure normalized. Taking a bit of clothes hanger wire, I removed the tube and cleaned it out, replacing it with some tie downs that I though restricted the tube a little less.

This seemed to sort it. I say seemed because idling the engine for five minutes isn’t really going to convince me it is completely fixed. Running at cruising speed for 24 hours, that might make me a believer.

But you will be darned sure I will be watching it like a hawk.

And checking the oil every day.

But the Real Crime in this.

The real crime, the true tale of human misery and drama here is that I was so focused on sorting out the engine that I didn’t get a fishing line out this morning. And wouldn’t you know it we sailed through a huge school of gigantic tuna. We could see them jumping and splashing clear of the water quite close to the boat. If I had a line in the water it would have gone right through the feeding school.

So I missed my opportunity for a nice tuna, though if I’d landed an 80 pound yellowfin I have no idea what I’d do with all of it since the freezer is pretty full. I’d be happier with something in the 10-20 pound range since I only have one little tube of wasabi paste on board.

But it didn’t exactly make my already kinda crappy morning to watch 50+ pound fish making six and eight foot splashes while I fumbled to get the line in the water.