We All Have Those Perfect Moments Sailing 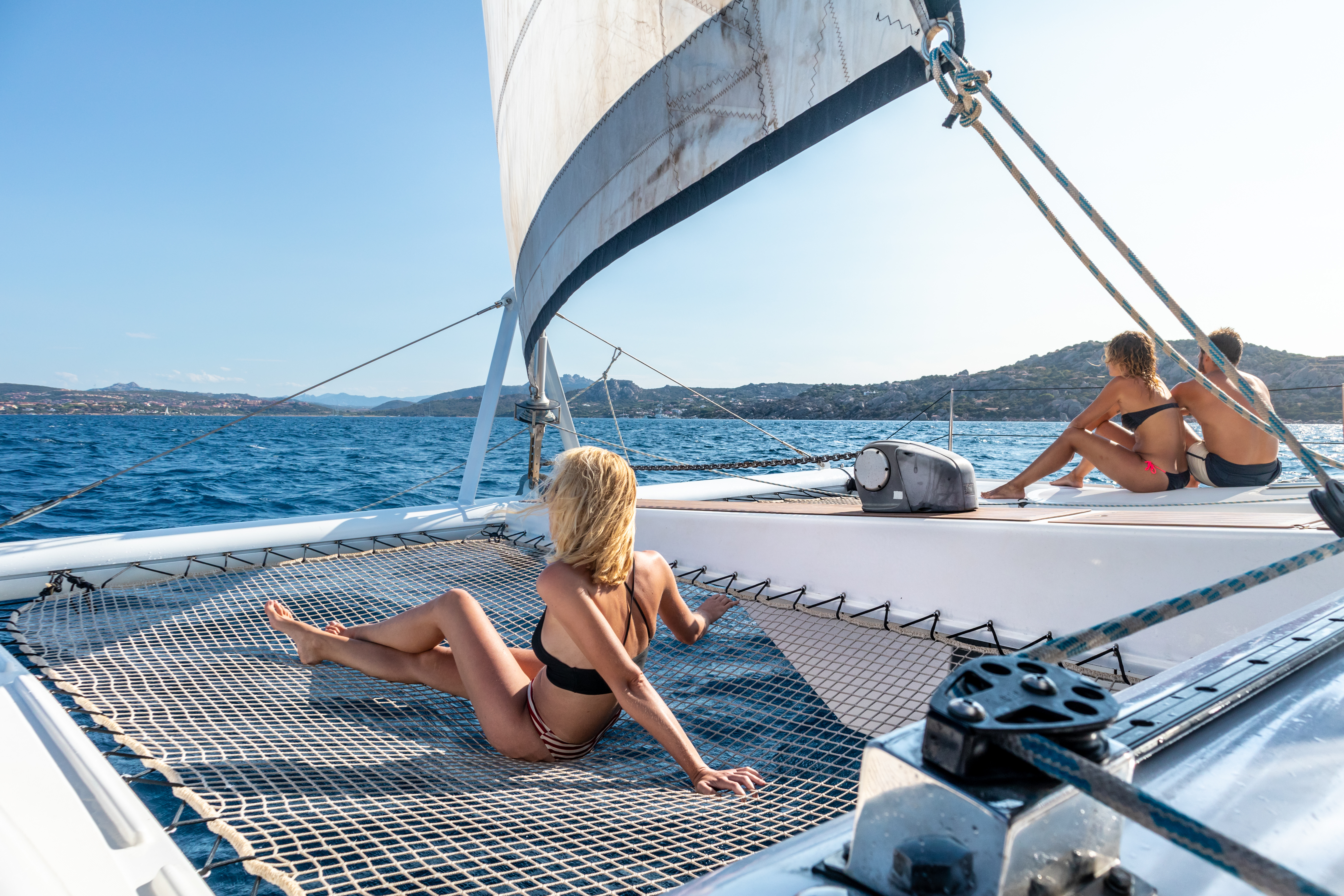 If you spend enough time on the water, you’ll have a story or two about things going sideways or pear-shaped (both things we’ve done to our spinnakers). It’s inevitable, no matter how much we prepare and plan, sometimes the world just doesn’t cooperate.

And who doesn’t love a good sea story? When we talk to people about our time cruising the world, people always want to hear about the storms and excitement, right?

But do you know what’s better? With enough time, you get those perfect days out on the water, too. That moment when you’re on your boat and it just hits you – so this is why I’m doing this. Whether it’s a brilliant sunset in a new anchorage, getting the boat dialed in and feeling just a little faster, or something you overcome that makes you think “hey, for a moment there it actually looked like I knew what I was doing,” these are the memories you want. It is why we do this.

So I’m going to share a few of mine. And since this blog has a comment feature (yes, really it does though not many use it!), if you can take a minute I’d love to hear a couple of your “boating nirvana” moments.

The Day We Decided to Go Cruising

Really, it was the day we decided to get our cruising boat, but that was the first concrete commitment to the idea. At the time we had a boat we cruised and raced, but my wife and I had been kicking the idea of world cruising back and forth for a few years. At first it was like me drilling penalty kicks at her and her deflecting them like Hope Solo in the Beijing Olympics. But eventually we reached more of a gentle volley back and forth, and we were both embracing the idea.

But I loved the racing and the race boat, though it took up a lot of my summer weekends and was a lot of work.

One August in 2005, we were on vacation in Martha’s Vineyard with the kids. It was a fantastic week – beautiful weather, perfect conditions, and we’d been having a great time tromping on the beaches, fishing, swimming, and exploring the island and towns. We’d even found an open mooring in Edgartown without a reservation. It was that perfect.

One morning on that mooring, I woke up early, quietly made coffee, and went up to the cockpit by myself. It was just getting light, and there wasn’t a whisper of wind to dispel the faint mist rising from the water. A light fog cloaked most of the town from view, and the only thing disturbing the glassy water and the silence was a pair of ducks paddling near the boat. I remember the ducks, quite distinctly.

It hit me with a clarity I’ve never forgotten. I need to do more of this. More time with the family on the boat, more time on the boat. More time cruising.

I sat there for a long time by myself, thinking about giving up racing to buy the cruising boat. Thinking about how I’d broach it with my wife. With my crew, and the kids. My son had just started racing with us, he was only eight but we put him to work in the sewer collecting the spinnaker and next to me pumping up the backstay while I drove. I knew it would break his heart, at least until he saw the new boat.

It was a tough decision, but in that perfect moment, on that perfect summer morning alone with the ducks, I knew it was the right one.

My wife woke up, and I poured her a cup of coffee. I told her what I’d been thinking about for the last hour, and she saw it too.

That Spinnaker Run Back from Block Island

Before we left to cruise the world, we had our boat for several years in southern New England. Block Island was a perennial favorite, and every summer we made several weekend trips. If we left early Friday afternoon, we could sometimes drop the hook before dark, otherwise we’d anchor off Jamestown and pop out early the next morning.

The prevailing winds are southwesterly, and we had many good sails back from Block Island over the years. But with our new-to-us cruising boat, we were still working out the asymmetrical cruising spinnaker. It was an enormous sail.

We’d used it a few times, but the curve was steep and we’d had a couple of…learning experiences…where the sail did not go up or come down or jibe well and things got dramatic. There was always a takeaway, and trying to be optimistic, I always pointed out what we learned, even if I had to go get the sail repaired again.

At one point my wife said to me “can we maybe go out one weekend and NOT learn something?”

But one beautiful summer weekend with the four of us at Block Island, we nailed that spinnaker on the ride home, and had one of the best spinnaker runs we ever had. The south-westerlies filled in early Sunday afternoon, and we set the kite as soon as we could clear the island and never looked back.

We were fast, cracking ten knots on the knot meter for the first time, and in fairly light air. We passed boats and blew by some like they were standing still. It’s kind of fun when you scream by a boat then see them letting out sail and trimming up to catch you. But they didn’t.

We jibed all the way up Narragansett Bay, back towards our home and past boats we knew before we had to turn too far upwind to carry the sail anymore. It was glorious, and it came down when we wanted to and went right back in the bag. And people saw us do it.

Yes, flying a spinnaker all day on a thirty-mile sail is routine after a while, but for us, as a family crew, it was the first time we felt confident with it and it just came together.

Somewhere in the Middle of the Pacific…

If you discount breaking our autopilot 300 miles out of the Galápagos, it was a fairly uneventful trip to the Marquesas. But we lost the autopilot a day and a half into a 3,000 mile passage, and our kids stepped up and we made the trip, anyway. Sixteen days at sea, nonstop.

And somewhere in the middle of that, in the somewhat sameness of the daily routine of an offshore passage, we just hit that spot.

We’d been on double watches, because without a working autopilot on our boat there’s no way for the helmsman to leave the wheel, even for a moment. There are a few things you can do from the helm while bracing the wheel with a knee or foot, but that doesn’t include easing the headsails, poking at the radar and chart plotter, or using the head. So we did shifts with one person driving, and one person hanging around the cockpit to help. The off-wheel person could sleep or read, but they needed to be within shouting distance of the cockpit.

You’d think it was exhausting, and it was at first because it was double length watches and no breaks from driving, ever. And that took adjustment. But we hit a groove, somewhere out there.

I can’t tell you what day it was, exactly, but it was after we broke out that spinnaker in light air and everyone spend some wheel time driving under it. I think it was maybe the day we caught a big Mahi Mahi, and I blackened it for dinner, and we sat in the cockpit as the sun set during the last of dinner on a calm evening with steady breeze.

I can’t put my finger on the exact magical moment, or even if there was one or more, or if it just went on for days. But so many times during that milk run, we hit it. That peaceful “hey, we’ve got this” realization, when you know it’s worthwhile, and you know why you’re out there.

Please, don’t leave me out here doing a monologue. I’d love to hear about your perfect moments in the comments.

When was that moment that you knew the effort, the time, the money and the commitment we all give to boating was truly worthwhile?

One Response to “We All Have Those Perfect Moments Sailing”