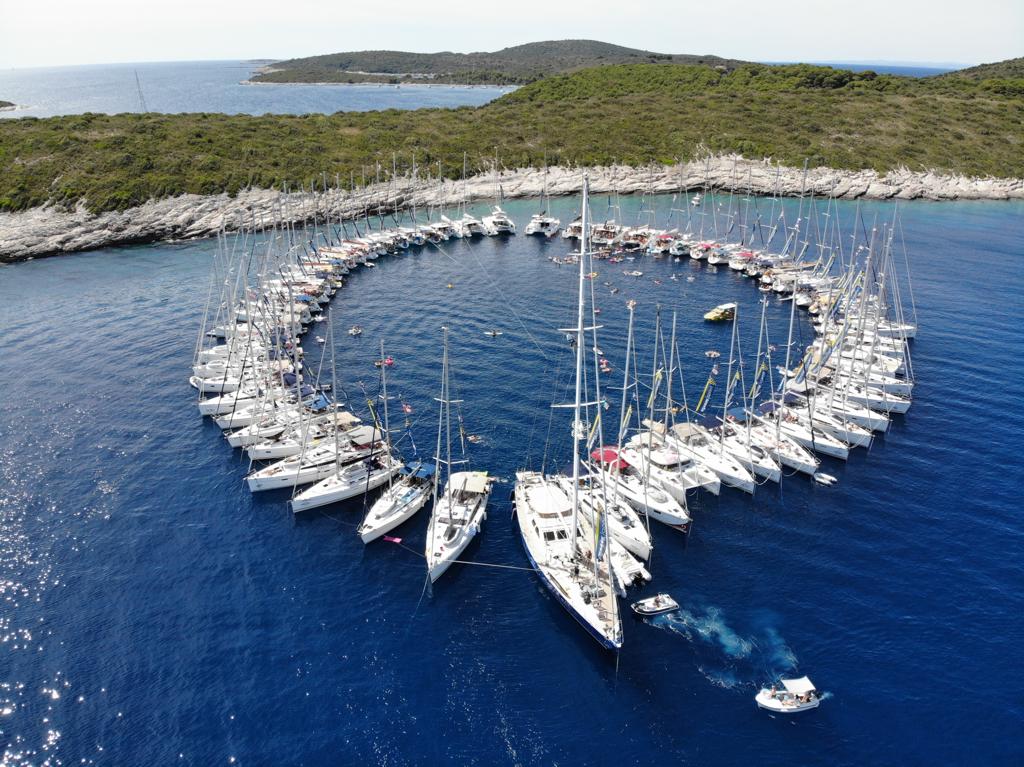 We did our first offshore international passage as part of the Salty Dawg Rally from Hampton, VA to the British Virgin islands. We planned to do a different rally, but we learned about this one and decided it suited us better.

But what is a “rally,” and why might you want to join one? What can you expect? What will the rally expect of you?

And how did I know the Salty Dawg Rally was better for me than another? All good questions.

What is a Rally?

A cruising rally is a group of boats heading to the same direction around the same time who organize to increase safety and get other benefits. Rallies may be highly organized and run by a commercial venture, or loosely organized by participants looking for safety and leverage in numbers.

But there are many ways to do this, and much depends on the organizers and the focus of the rally. You need to look at the costs and benefits of a rally before making the call if it’s right for you.

The biggest benefit to rallies is cruising in company. Not only do you meet people and make friends, but you are also in regular touch with other boats when you’re on the high seas, and that’s a nice sense of security. But even loose rallies where the boats rarely see each other have a lot to offer.

There are downsides to rallies, and much depends on the specific rally, how it is run, what it offers, and what you need as a sailor.

The loosest rally we took part in was the Pacific Puddle Jump. This is open to anyone leaving from the west coast of the Americas heading to French Polynesia over about a four-month window. The major benefits were organizational support on clearances, discounts, a list of boats headed the same way as us and about when they’d be going, and social functions. It was handy, saved money and aggravation, and helped us make friends. But it was more of a migration-with-benefits than a rally of boats sailing together.

The tightest rally I’ve ever seen was the World ARC. They came through Panama while we were there. We learned the rally was coming on a set date, and would be around for a few days. And on that date the marinas and anchorages filled with ARC boats, the dinghy docks had more people than usual, radio traffic was through the roof…then they were gone. The rally goal was to keep them together and on the schedule, and they did.

You’ll find rallies than run the range from a loose migration like the PPJ to the tightly run World ARC, and you have to decide what is right for you. There isn’t a “right” or “wrong” rally, just different ones held with different objectives and management styles.

Picking a rally which suits your approach to sailing and budget is key, and if you pick well, they can be well worth it.

My Five Favorite Things on my Boat »
« What Type of Boat Should I Buy?