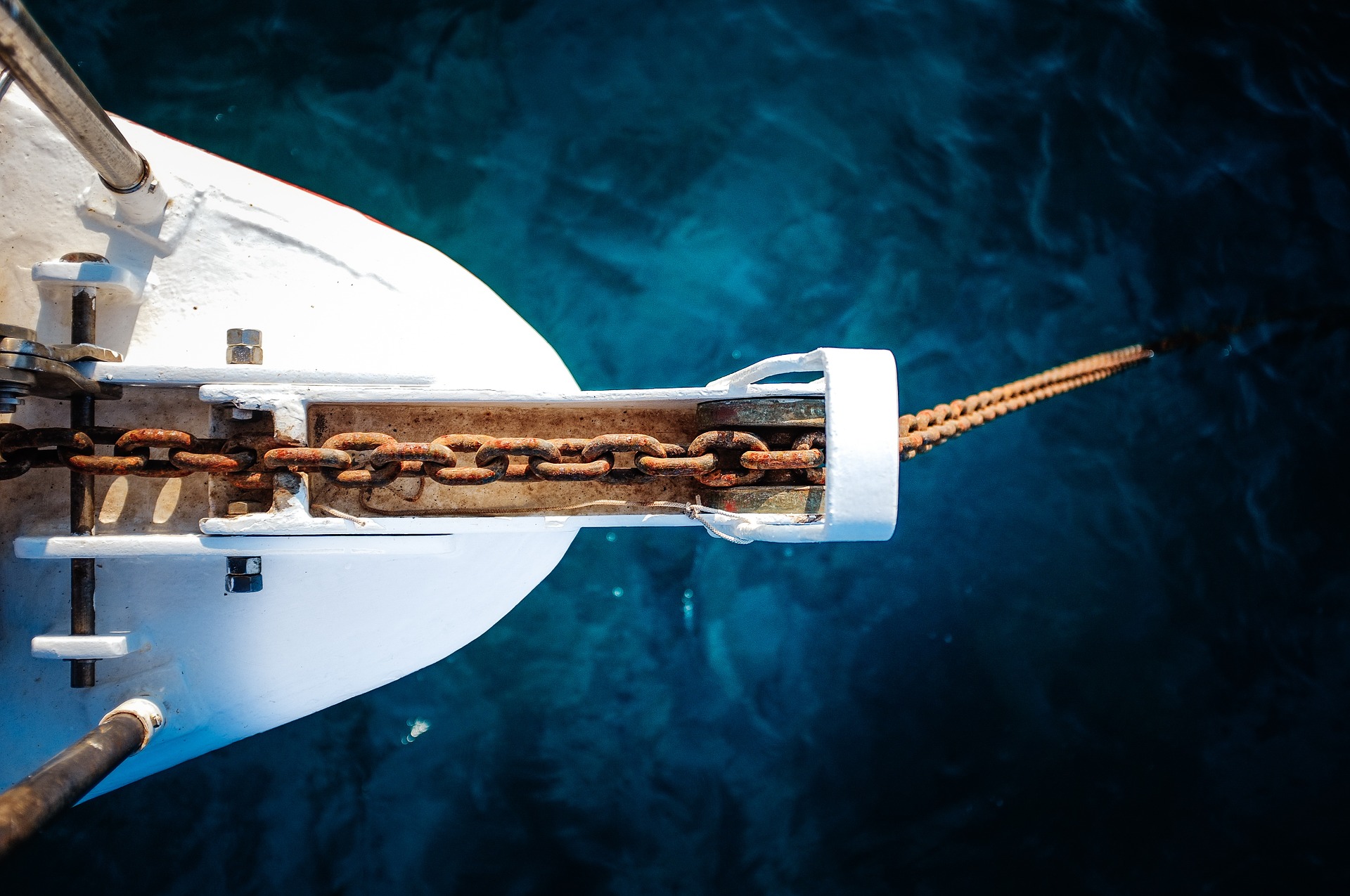 Back in January we talked about how to anchor your boat for a good night’s sleep. But anchoring out is more than just dropping the hook so you’re set for the night. In most places, the odds are good you won’t be alone.

So how can you be a good neighbor to the other boats in your anchorage?

Boats tend to swing the same way in an anchorage. But they only do this if they anchor the same way. If one boat has 100 feet of scope out and another has 200 feet and the wind changes they will much closer together. If everyone is using a single anchor and one guy sets out a second anchor or a stern anchor, there will be a lot of drama as the winds and tides change.

Don’t be shy about asking your neighbors about how they’ve set up. Most boaters are happy to share how much scope they have out, and how much water they’re anchored in.

You can’t escape all swing differences, because boats vary so much. A power boat with a lot of windage will swing differently in a breeze than a low-slung sailboat, and a sailboat with a deep keel will rest differently in tidal currents than a shallow draft boat. While you can’t change those things, you can at least make sure you’re doing the same thing with your ground tackle.

Nothing beats being the first one in an anchorage. With wide open space, you can pick the best shelter from the wind with optimal depth and a nice bottom. You set the hook and sit back to wait for the boat to settle…and another guy motors across the empty anchorage and drops his boat right on top of you.

Don’t be that guy.

Some do that because they know that if one boat anchors somewhere, it’s probably a good place to set the hook. While this is often true, in a wide open anchorage there are usually plenty of wonderful spots. The fellow who just dropped right next to you may not be comfortable picking a spot of his own, but there’s no guarantee the first guy in knows any better. There’s no reason to be close enough to hand over the Grey Poupon when there are only two boats in the anchorage.

Sometimes you do need to drop in a tight place. In crowded harbors like the Salt Pond on Block Island on a weekend, or the lagoon in St. Martin, there isn’t much room to anchor. Crowding is inevitable. In those places it’s even more important that you pick a spot with enough swing space so everyone sleeps well.

Sounds travels well over water. It also travels well through water. You’d be surprised how much of your conversation a boat down wind of you might hear. And that goes tenfold for your music or your generator.

Human noise is inevitable. We talk, we laugh, we yell – this is just part of being social. But we can control some of it. For example, we do our best to avoid running generators after the start of cocktail hour or as it gets late.

Our generator is inboard with the exhaust muffled into the water and sound proofing around the engine. And you can still hear it on a quiet night because sometimes it shoots some water out from the exhaust in the side. If you have a little portable generator you leave outside, nearby boats may not even be able to hold a conversation, never mind sleep if you run it all night.

It just takes a little more planning to monitor your charging and battery levels so you can keep the machinery noises to the middle of the day.

Several times we’ve had to help boats that dragged, or knock on hulls to wake people up because their hulls were swinging around into ours. We even stopped a small boat dragging anchor and tied it up to our stern while the harbormaster tracked down the owner on shore.

Boaters help each other. I know if I dragged I’d want someone to keep me off the rocks and off other boats. So we keep an eye on empty boats around us, just to be sure.

Enjoy the Quiet, but…

Sometimes you have to roll with it, even if it isn’t.

We love anchoring. Ten times out of ten, we’d prefer to anchor out over being in a slip or even on a mooring. There’s more space, the boat is always in the breeze, and it’s quiet. But it’s not always like that. Block Island on the fourth of July is about the least quiet you can get at anchor, with rafts of boats and crowds of people. And sometimes you just end up with bad neighbors.

We’ve learned over the years it’s easier to pull the anchor and move if we’re not happy with our neighbors than it is to get upset and try to change other people’s behavior if a polite word doesn’t work. It’s only one night, and if it’s not dangerous behavior, we’ll wait it out.