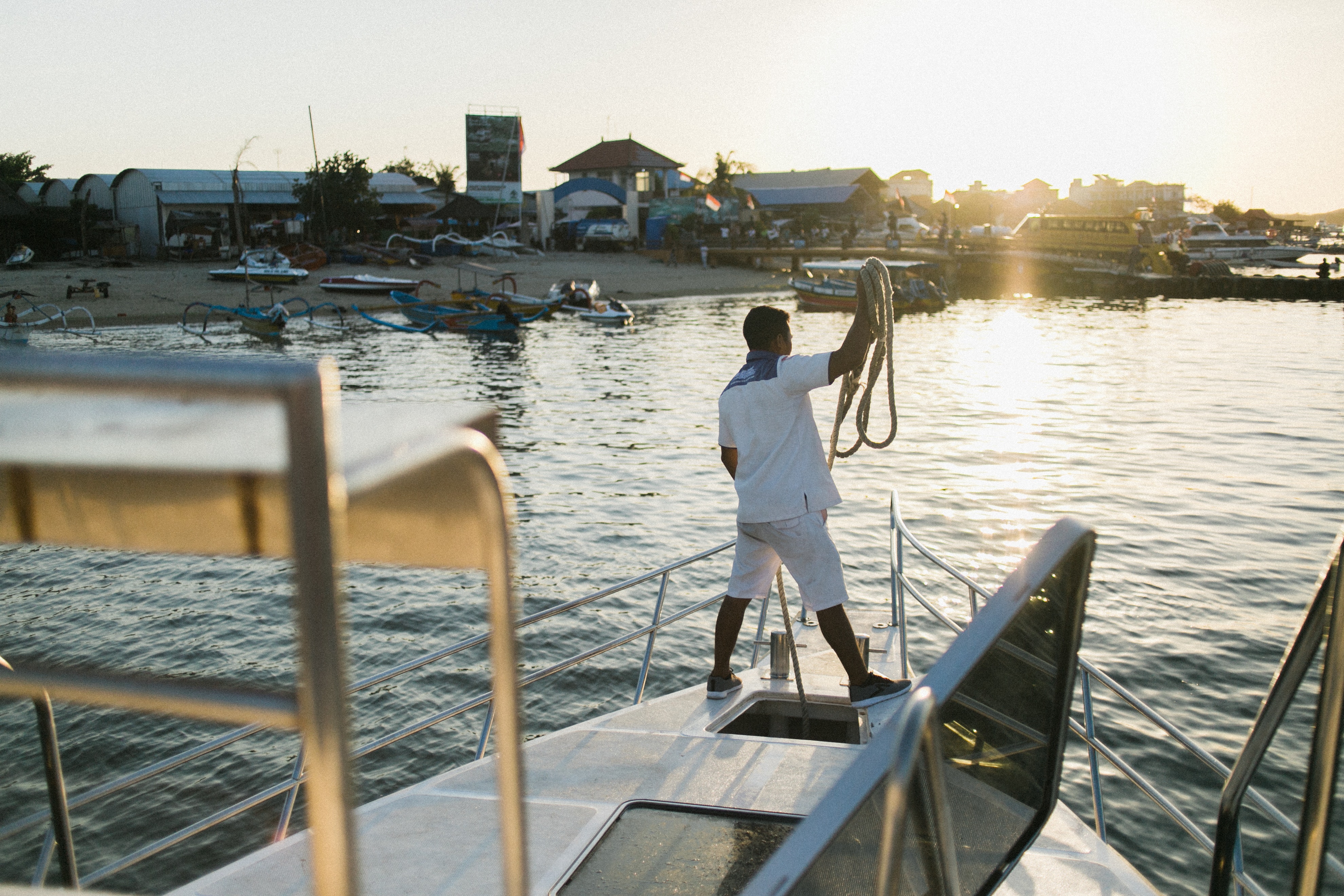 Boaters are a helpful group, on the whole. If someone is struggling to get on a dock or figure out a mechanical problem, there’s always someone willing to grab a line or talk about how they solved a similar thing. It makes boating nice and gives us a sense of community.

But we’ve learned over the years that sometimes there’s a slight problem. When someone is too assertively helpful and doesn’t listen to the boat captain, it can make a mess of things and cause a lot of stress.

My wife and I have sailed together a long time, we had a routine. She didn’t like to drive, so I drove and she flaked the dock lines over the lifelines and got the fenders, bow, stern and spring lines all set to go, or untied them in the right order when leaving. We’d come into a dock, slowly, then she’d step off the boat with the aft spring in her hand to tie it on. The rest was easy…

Unless an overenthusiastic helper started grabbing lines off the boat without asking and tying them onto cleats, or ignoring my wife when she asked them not to tie them off or what cleats she wanted them on. If you tie my bow to the dock before I put the boat in reverse and use my prop walk to sidle into the dock, my boat stops dead, the bow slams into the dock, stern swings out of control into the channel, and I no longer have control of my boat.

Being the Right Help

Help can be great, and it can make a difficult situation easier. But in the example above, which repeated itself many times in the years we owned that boat, it’s the well-intentioned but misguided help that scuffs my gelcoat.

We never know the skill level of strangers on another boat, nor do we know what maneuver they have planned or how they intend to accomplish what they’re doing. They could be brand new sailors on their first weekend trip who are terrified of their first dock approach. Or they can be a couple who have sailed together for twenty-five years and can dock, anchor, and sail only exchanging a few words.

So the best way to help is to be the help they need. That newbie couple would probably love some guidance on getting into the slip, and may be on the edge of control coming in. But experienced sailors may have their approach timed exactly, and may want you to just take a line and hold it, and do nothing else until they ask you.

The best way to be the right help is to ask the people on the boat you’re helping before you take lines or tie things off. They’ll usually know what they want done. If they don’t, they’ll tell you that too and you can figure out what they need.

This past weekend, we sailed to an island on a friend’s boat and tied to a dock. The tide changed while we were walking on shore. Suddenly there was a big side pressure holding the boat on. With boats fore and aft, we knew that getting the boat – a light 22 foot sailboat with an outboard engine – off the dock would be a neat trick.

We sat in the cockpit over lunch and talked the problem through. Spring from the bow with the engine in forward and push the stern out? Or spring from the stern and pull out the bow with reverse. The skipper was concerned that he wouldn’t have enough reverse thrust to keep away from the boat behind us if we put the stern into the current, but I didn’t think we’d have the leverage to get the bow far enough out to clear the boat ahead. We decided to try the stern spring, and if we couldn’t get the bow out enough, we’d go back on the dock and re-rig for the bow spring method. We had a plan.

So we tried this, and the engine could barely move the bow off the dock. As I was straddling the boat and the dock, a guy came running over from a neighboring boat and said, “hold on, I’ll push you out,” and started shoving the boat off the dock. But he started pushing it, mostly forward, not out, and with only a stern spring on, there was nothing holding us from moving into the boat ahead of us except the engine idling in reverse.

The skipper reacted fast, and with no steerage at all, he tried to get the boat under control. We almost hit the neighbor. There was no way that manual pushing would have gotten the bow off far enough in that current to clear the next boat, but we didn’t have time to explain that since the guy just jumped in the melee to help.

This was a good example of poor help. Well intentioned, but it caused more harm than good, even though he thought he was doing the right thing. We were lucky I could fend off and nothing got damaged.

How could this have been avoided?

Pretty easily, really. By stopping and asking what to do before jumping in and acting, in this case. Our skipper knew his boat well and knew its limitations. We had a plan, carefully talked out, and a fallback plan.

If he’d just stopped and asked how he could help, he certainly could have helped us. Another guy on the dock did just that for the second attempt, and we talked through with him what he could do and he was very helpful once we re-rigged to the bow spring.

A few things to consider

When you move to help someone, keep a few things in mind.

When I offer help with docking, I always ask “what do you want me to do with this” or “where do you want this tied” when I’m tossed a line. I want to know before I tie it off what cleat the skipper wants to tie to, so my actions help him execute his plan.

And when you’re offered help…

Accepting help graciously and effectively can be a problem for some. But if people are offering to help you and the hands will make a difference, take the help.

If boaters didn’t help each other, it would take something away from the experience because helping each other is so deeply engrained in boating. But if we all take a few moments to communicate and ask what to do and give clear instructions, everyone gets more out of it.

Night Sailing Doesn’t Have to Be Scary »
« Crew Over Board Drills, What to Know!